Unsubscribe me: A UX review

Unsubscribe me: A UX review


You know the anger you feel when you pick up the phone and it’s a recording about an “amazing” cruise or that “limited time offer” for a “great” credit card rate?

That’s how I feel when I get an unwanted email. I immediately open it and scroll to the bottom, looking for the unsubscribe link.

In my zeal to unsubscribe to unnecessary emails, I’ve found that the UX of unsubscribing varies greatly. This piece will cover tips on designing for unsubscribe.

“We need to treat our users well when they enter our lives—and when they leave.”

Look, I get it. You need to promote your company, product, app, etc. And UX is about considering the user and the business.

But when you either accidentally or willingly obfuscate the ability from someone to opt out of the stuff you’re selling, you aren’t providing quality UX. You’re promulgating dark patterns. And maybe your product, app, or company aren’t worth knowing about.

Correction: if you build it right (and well) they will come. via GIPHY.

This is about UX, not marketing

I’m all for adding personality to your unsubscribe and having a consistent voice like that on your site—that’s just good content strategy. There are tons of fun unsubscribe pages.

But, unlike some awesome 404 pages that help lessen the blow of going to a bad link, users have chosen to unsubscribe. Let them complete the transaction as you would have them do across your app.

I love the unsubscribe option from Apple Mail, and there are apps to handle your unsubscribing needs. However, these exist as fixes to a problem that we shouldn’t have if we’re designing the right way.

The email and the follow-through

There are two aspects to cover with unsubscribe:

Let’s start with the email.

I’m a user and I just got an email from SkeletorRulesHe-ManDrools.com. While I love Skeletor, I’m not down with the insults directed at He-Man, so I want to unsubscribe.

Skeletor and his awesome evilness. via GIPHY.

Here are some tips on the content and how the email should be laid out:

Let users actually unsubscribe. If you send out something soliciting or promoting a business or product and you don’t have an unsubscribe option it’s against the law. Also, people hate that. So don’t do that.

Let users see that you can unsubscribe. Don’t overload the footer and have a small unsubscribe link in between your address and legalese. Be clear that it’s an unsubscribe link. Making it “Update” or “Edit” email preferences without an “Unsubscribe” isn’t clear enough.

Give a link, not instructions. I recently received an unsolicited email with the text asking me to email them to unsubscribe—and include my email address in the subject line. This is obviously there to give extra steps to unsubscribe so that you won’t.

Welcome to my junk folder

Follow conventions. It’s fine to place an unsubscribe at the bottom of your email. Though I’m always impressed by those who place it more prominently and more than once. I was a huge fan of how this newsletter from a digital marketing agency gave three ways to unsubscribe: a prominent link in the email, ability to email (with a suggested witty response), and a conventional link at the bottom.

The unsubscribe page and follow-through

When a user clicks unsubscribe, they’ll be directed to an unsubscribe page. Here are recommendations on how those should and should not work.

It’s okay to collect data. Yes, you can and should collect data on why someone is unsubscribing. This data can drive change and possibly minimize unsubscribes. However, it doesn’t replace the need for user research.

Yes, of course I meant to unsubscribe. No, a user didn’t unsubscribe by mistake. Please stop asking that. Sure, you should offer a “re-subscribe” on the page in the very small likelihood that users 1) found your small link at the bottom of the email and 2) selected it… by mistake.

Give a timeline. I’ve unsubscribed multiple time when I kept getting emails because I wasn’t sure it worked. If the unsubscribe is not immediate, give the user a timeline for when they should expect to no longer receive emails. A great example:

So, the default radio button is on “Yes”—which means I’m saying I’m interested in continuing to hear from them. Even when I selected “No,” it still required me to choose a time for them to contact again.

This is like you telling someone “I’m not into you” and that someone coming back to say “Okay, but can I call you in like six months when you may be interested?”

Don’t make someone enter their email again. I’ve already clicked on unsubscribe. Just unsubscribe me without having to enter my email address.

Confirmation emails are unnecessary. I just selected the unsubscribe link and possibly confirmed it on your unsubscribe page. I may have even told you why I unsubscribed. I’m done. And then you send me another email to confirm that you no longer are going to send me emails? This is a unnecessary transaction because you could have given a confirmation when I unsubscribed in the first place.

Why are you still in my mailbox?

Don’t be condescending. Finally, just because someone doesn’t want to get your emails that doesn’t mean you should be condescending. Don’t have unsubscribe confirmation pages that say things like “I am okay with not saving money!” or “I don’t like to learn.” Handle this breakup with some grace. They may even give you another chance one day.

Breaking up is hard to do

Accepting that some people don’t want to hear from us can be challenging. We put our heart and soul into what we design, and getting rejected is never fun.

But that’s part of life in design—we need to ensure that we treat our users well when they enter our lives as well as when they leave them. 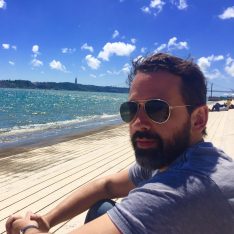 Robert del Prado
In my former life, I ran operations for schools. I learned UX through a bootcamp, have a Master’s I don’t use, and have designed for startups, the public sector, and currently Comcast. I like oceans, dogs, great urban planning, and dark spirits. I’m a New Yorker forever, but strangely live in a place with a bunch of Eagles fans.