How can designers and developers collaborate more effectively? This is a question many organizations grapple with, especially ones where designers and engineers work in cross-functional teams. InVision’s Aarron Walter explored this question in a recent Fireside Chat with design managers Mayra Vega of Pivotal Labs SF and James Ferguson of Skyscanner. Read on to learn more about how they envision designers and developers re-learning to communicate with each other.


How to build empathy between designers and developers

The relationship between designers and developers can be complicated, with misunderstandings at every turn. Aarron observed that in the best case scenario, designers and developers get each other, work together, have rapport, and feel invested in the product together. But like he said, this is the best scenario and not the norm, where teams fall into an us versus them mentality.

To work well together, designers and developers need access to shared assets.

In order for designers and developers to have a positive working relationship, they need to understand and respect one another. Mayra discussed the practices Pivotal Labs uses to build empathy between the two groups: she explained that her company promotes “a culture where we have a common understanding of what our practices bring to the table and the value that each brings. By having empathy and understanding for what development is trying to achieve, we can support them and see how we fit with them.” The development team also strives to understand what design is trying to accomplish.

“The best-case scenario is when designers and developers get each other, work together, have rapport, and feel invested in the product together.”

The company also emphasizes bringing a design mentality to the development process. Mayra finds this approach helps developers think in a similar way as designers. In turn, the designers think about how they can help deliver a product, which helps them align their goals with developers.

How to seat designers within developer teams

Both Skyscanner and Pivotal Labs vote in favor of cross-functional teams for increased efficacy. Cross-functional teams allow designers to be involved early in the development process. By involving designers early on, the whole team is invested in the project from the beginning and can achieve their goals more efficiently.

Related: 3 ways to improve collaboration between designers and developers

At the same time, this early involvement can present challenges for designers, who are accustomed to working closely with other creative minds. Mayra explained that when design teams sit together, there’s often a strong culture of sharing and collaboration. This can be a challenge when design teams are distributed. Skyscanner works to address this challenge by having groups of designers in a similar place. When a cross-functional team meets, Skyscanner makes sure that the designers are seated near one another so they can discuss their ideas and share feedback, which James believes has a huge impact on creativity and productivity

“By involving designers early on, the whole team is invested in the project from the beginning and can achieve their goals more efficiently.”

Maintaining design culture when designers are dispersed among engineering teams

Both James and Mayra agreed that maintaining a design culture can be a challenge in cross-functional teams, and designers tend to be in the minority when they work with engineering teams. This is true at Skyscanner, where the team generally consists of “one designer, one product manager, and a group of between 6 and 9 engineers.” James described how Skyscanner makes a concentrated effort to maintain a design culture: for example, they have designated spaces in their offices where designers can come together, feel safe, and share our ideas.

Mayra said that Pivotal Labs makes a point to incorporate “hybrid people” in their teams: individuals who have skills in both design and development. She explained that these individuals help the designers and engineers communicate with one another. They function as “translators for the teams and help to build empathy between the two sides.”

Related: Do you need a creative safe space for your design team?

During the conversation, Aarron raised the question of how teams deal with shared assets. James responded that Skyscanner has a design system in place where folders containing assets are housed, while stressing the importance of having an organized system where folders with the latest versions of a project can be easily accessed.

To work well together, designers and developers need access to shared assets.

At Pivotal Labs, weekly iteration planning meetings are held, and during this time developers clarify when assets are needed; they also have a design system with shared folders where designers and developers can view the assets whenever necessary.

Tips for working with developers and designers remotely

Effectively managing teams consisting of remote workers is an issue that many businesses are trying to address, so Aarron asked Mayra and James to share any tips they have for teams that work remotely. Mayra explained that Pivotal prefers their teams to be co-located and avoid working remotely whenever possible; however, that is not always feasible, and Mayra has had experience being a solo remote contributor on a team. On these occasions, she found it most helpful when the rest of the team was in the same location; Mayra joined the meeting using video conferencing, and it was almost like she was in the room with them. At Pivotal, they also pair up, but they try to avoid having distributed teams. She finds it more difficult for the team to stay aligned with one another when some of the members are remote.

Related: How to help your team excel at remote collaboration

In contrast, Skyscanner’s teams are divided across 12 offices worldwide and span many time zones. As a result, James says that remote is the Skyscanner standard. He feels that if everyone is either co-located or remote, it is much easier than a “partial setup,” where some are remote and some are in the same location. Since all of Skyscanner’s designers and developers are remote, they’re able to run effective meetings.

Whether teams are fully or partially distributed, communication is always key.

Listen to the full Fireside Chat here to learn more about design and development collaboration. 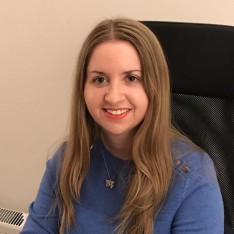 Tara Malone
Tara Malone is a writer and editor who’s passionate about the tech industry. Loves lattes, Italian greyhounds, and all things hygge.