“The creation of something new is not accomplished by the intellect but by the play instinct… The creative mind plays with the objects it loves.”

At its best, work can be play. After years of primary and secondary school education, where creativity is often drilled out of us, we tend to lose our “creative confidence,” and the ability to get in a flow state where time stands still and work becomes effortless.

But creative confidence can be regained, and all it requires is a willingness to make your ideas tangible and get them in front of real people (as scary as that may seem at first).

At Stanford, I teach a two-quarter class for undergraduate Product Design students called Implementation. The course is a capstone for graduating seniors, who use the skills they have accumulated over four years in the program to carry a product from idea to market by the end of the second quarter.

Related: How one designer prototyped prototyping

If you create physical or digital products, you’re probably familiar with the concept of a prototype. What’s novel in the design thinking approach is the stage of the design process at which prototypes are implemented: much like voting, early and often. Prototypes are a way of gaining empathy about your user (perhaps even before you have a product solution in mind); they allow you to test and refine potential solutions with users; they allow you to fail cheaply and quickly.

But, perhaps most importantly, testing prototypes with users is fun. Yes, it can be scary to show your idea to a complete stranger, but once you’ve overcome that hurdle, and especially if you are testing low-fidelity paper or foamcore/glue-gun/pipecleaner prototypes, then it becomes a quick way to step away from the whiteboard and get users to play with your product.

“Connect creativity and play to work, and you’ll lower the barrier to experimentation, failing forward, and ultimately innovation.”

Even if the prototype sucks aesthetically and functionally—which it probably should, or you’ve spent too much time on it—you will learn something. And inevitably, when our student teams get stuck arguing over potential design solutions, or are facing the trough of sorrow (yes, this happens in product development cycles independent of startups), getting out into the world with prototypes reenergizes them and gets their team dynamic back on track.

Early Sketchmi prototypes: from hacking into a book to foam core + cardboard models

One of our Implementation teams in 2015 had a mission: Get early teens who didn’t consider themselves creative to take that first step back towards creative confidence. And what better way to engage them than by bridging the digital world of tablets with the analog world of pen and paper: The final product became a portable, mini-lightbox that uses your tablet screen as both a source of light and a tracing guide, and they ran a successful Kickstarter campaign that funded after the team graduated.

But they didn’t start there—the first product ideas were frankly a bit clunky and overly complex, e.g. a Swiss-Army-knife-like portable, low-cost, folding, multi-function art tool. It didn’t take long after putting together a crude cardboard prototype and getting it in front of users to find out that the idea was confusing to use and understand, the antithesis to their mission of an easy first creative step.

After selecting the most promising part of the early prototype (the light table) and iteratively prototyping it along with users, they came up with their final idea: A simple, book-inspired case that securely holds an iPad or iPhone to create tracings.

Sometimes, the most challenging part of testing a product is explaining the concept to your users. In 2014, Team Nominate wanted to create an experience that would encourage friends to share experiences and push themselves outside of their comfort zones.

They came up with an idea for an app that would allow you to “nominate” your friends for challenges. The concept is relatively simple, but they still struggled to convey the utility to potential users of the product.

The team created a fun, simple video to convey the concept and recruit users. To prototype the user experience, they created a “Wizard of Oz” SMS-based app, where they were the intermediaries between the nominator and nominee (this allowed them to test the concept and workflows before writing any code).

The team was then able to use InVision’s prototyping tools to create higher fidelity mockups and test them with users.

A version of Nominate’s higher-fidelity prototype, created in InVision

Allowing users to play with the product it its various forms, and learn from the feedback they received, gave the team the ability to create a product that was engaging, fun, and resulted in an untold number of milk-chugging contests.

Another team in 2015’s class was hoping to inspire creative confidence, but for an even younger audience (ages 3–10). Their core belief was that creative play has the power to develop creative confidence and independence through hands-on exploration.

For Team Boxly, play wasn’t just a side effect of actively prototyping with their product, but the entire purpose. What began as a series of very rough prototypes for fort-building, using cardboard and objects around the house, led to their key insight: Create a toy where assembly is required, but instructions are not.

With cardboard panels of various shapes, and simple but well-engineered plastic connectors, Boxly became an opportunity for kids to play without constraints, and augment their natural inclination for creativity and exploration. The team also ran a successful Kickstarter campaign, and the product ended up in hundreds of households across the country (including my own).

With each of these projects, and with my own design work for startups over the years, I’m constantly reminded how fun it is to get prototypes in front of users.

By connecting creativity and play to work, we lower the barrier to experimentation, failing forward, and ultimately innovation. 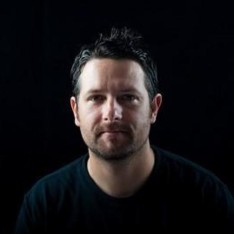