People who get hired don’t get hired

People who get hired don’t get hired


Recently a number of my friends in the industry have been applying for new jobs. Some get those jobs, and some don’t, but they’re all insanely talented.

I noticed a trend in the people who got the jobs: They had all been shot down in the past.

A majority of people don’t get every single job they apply for. In fact, I’ve never met a single person in my life who got every job they applied for over the course of their career. I’m sure they exist in small pockets of the universe, but it’s extraordinarily uncommon. Little known fact: I didn’t get the first job I applied for at InVision. Three months later an incredible opportunity opened up here that I was a much better fit for, and I got a “call back” to reinterview.

When you get shot down, don’t burn bridges. Don’t go on a social media rampage. Don’t give up on your dream. And most importantly, don’t pretend it doesn’t hurt.

It drives me crazy when people are upset about getting a rejection letter, and others tell them to suck it up and just learn from it, and use that rejection to motivate them to move forward. Is the second half good advice? Absolutely. But the first part is garbage.

“When you get shot down, don’t pretend it doesn’t hurt.”

Don’t just ‘suck it up’ when you’re rejected—let yourself be upset. Feel devastated for a bit. Just don’t get stuck in that state and let it consume you.

Questioning your skill set and your abilities is an absolutely, 100% human response to rejection. Don’t feel like you’re all alone in that feeling. Millions of other people also didn’t get a job they really wanted that day and feel the same way you do, whether they show it and/or admit it.

Get that feeling out of your system, then pick yourself up, brush yourself off, and move forward. Don’t feel like a weirdo for being upset and hurt, and feeling less confident than you did prior to receiving that rejection letter. Own it. Everyone goes through it. But the ones who are successful keep moving.

Related: How to bounce back from failure

Once you get through the feeling-like-garbage stage, then move on to the “what can I learn from this” stage. Shoot the company an email and see if they have any feedback. Many of them aren’t able to respond to a majority of applicant followup emails due to the sheer volume of applications they receive, so don’t feel bad if you don’t hear back. But other companies can respond, and appreciate you requesting that feedback.

There are some situations where not getting through to the next hiring round is due to something completely random/out of your control, that has nothing to do with your skill set. For example:

“Giving up is the only way to guarantee you’ll never end up in the career you want.”

So what I’m trying to say is this: Not getting a job you really want is terrible—everyone goes through it at some point in their life, typically many times. And it’s going to hurt (a lot) regardless of the reason. But don’t throw in the towel when it happens. I knew a person who applied for 125 jobs over the course of three months before being offered a position. Giving up is the only way to 100% guarantee that you’ll never end up in the career you truly want.

Just work hard and push ahead, even if it’s a millimeter at a time. Even if you hit a rough patch, run into people trying to block your path, or trip yourself up with a poor life choice, you always have the option to get up, brush yourself off, and keep moving forward in the direction you want to go. 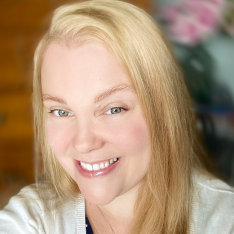