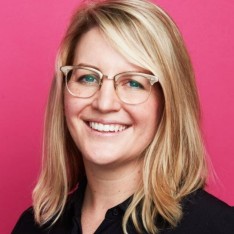 One of the biggest moments at the opening ceremony of the 2014 Winter Olympics in Sochi was supposed to be the dramatic unveiling of the Olympic rings. But instead of five huge, glowing snowflakes coming together at the top of the arena and transforming into the rings, there were four circles and an asterisk.

Four years later, now in the middle of the Winter Olympics in PyeongChang in case you’re living under a rock, the folks at Olympic.org have a sense of humor about the technical mishap—they’ve set their 404 page to show a photo of the fail, with “Sometimes things don’t go as planned” right under it. Nice.

They even include a search bar and directions for what to do next. Hats off to Olympic.org for going above and beyond and designing a medal-worthy 404 page.

Over 3 million designers
get our newsletter
every week

Get awesome design content in your inbox every week

Just like over 3 million of your fellow designers do.

Plus get 3 free downloads, just for signing up.

Thanks for signing up!

You should have a thank you gift in your inbox now—and you’ll hear from us again soon!

Just like over 3 million of your fellow designers do.

Join the 3 million+ designers who get our newsletter weekly for your chance to win!

We hate spam as much as you do, and you can unsubscribe anytime.


Double your chances to win!