Nintendo Labo and the future of interactive games

Nintendo Labo and the future of interactive games


Fans of the Nintendo Switch will soon have a surprisingly low-tech way to engage with their favorite games—cardboard. Last week, the gaming giant announced the release of a bunch of super cool DIY cardboard toys that perfectly house the portable gaming console, and change the physical experience of playing.

The initiative, called Nintendo Labo, spurred a 4% jump in Nintendo’s stock on the Tokyo exchange and follows the huge success of the Switch, which has already sold 10 million units.

The shift away from high-tech gadgetry to simple, elegant hands-on building is in line with Nintendo’s history of bucking trends. Users follow step-by-step instructions using pre-cut cardboard sheets and a few simple extras like string and plastic connectors to assemble a tiny piano, an RC car that moves by vibration, a fishing rod, or, wait for it… a wearable robot suit.

Each toy pairs with a customized game—the fishing rod game mimics the sensations of hooking a variety of sea creatures and the robot game uses hand pieces, a backpack, and a headset to transport the wearer into a city-based smash fantasy.

Nintendo Labo launches April 20 in the United States, with pre-ordering now available. Though this is being marketed to kids, we can’t help but see it as something designers might want to play with in order to get some inspiration for interactive products.

Are you going to order one? Tell us on Twitter: @InVisionApp. 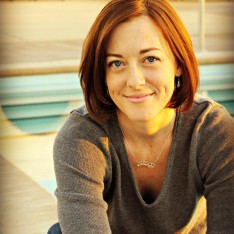 Rachel Starnes
Rachel Starnes is the author of The War at Home: A Wife’s Search for Peace (and Other Missions Impossible) (Penguin Books, 2016). She received her MFA in Creative Nonfiction from California State University, Fresno and her BA from the University of Texas. Her essays have appeared in The Colorado Review, Front Porch Journal, and O Magazine. Born in Austin, Texas, she has lived in Scotland, Texas, Saudi Arabia, Florida, California, and Nevada, and is currently at work on a novel. More at rachelstarnes.com