Move over, UX. A new movement is here.

Move over, UX. A new movement is here.


The UX movement transformed the digital landscape in a matter of years, and the companies that didn’t get on board were never able to recover. Today, the same kind of movement is in motion. Except this time it’s not UX.

But before you can properly appreciate the industry-altering wave that’s coming, it’s helpful to look back at what UX did to the industry.

Do you remember websites back in the 90s? They looked like digital copies of the phone book, with giant blocks of text, clumsy graphics, and, if you were lucky, a search bar.

They were ugly. Difficult to use. Because they weren’t actually crafted with users in mind. The tools that web designers used were so primitive that just getting the sites off the ground was considered good enough.

Then competition increased. Companies realized that websites needed to be beautiful. Intuitive. Easy to navigate. They needed to be crafted with the user’s experience in mind.


And so the era of UX began.

By the mid-2000s, successful companies had already invested heavily in design thinking. Then the design-led Apple introduced the iPhone and its apps, quickly becoming the most valuable brand in the world. You know the story after that. More brands started investing in UX. Those who didn’t saw their value drop precipitously.

And just like that, something that seemed like a luxury became a necessity in just a few short years. Because 86% of users say they’ll stop using an app if it’s difficult to use, and the bar for usability only continues to get higher.

That’s why we’ve been developing a whole new approach to moving media content. It’s called VX: the viewer experience. And just like UX revolutionized the way we think about websites and apps, VX is on the cusp of transforming the way we look at video.

If you’re a UX designer who’s thinking, “So what? Who cares about video?”, then think again. Video is rapidly becoming an integral component of your apps and websites, making this movement impossible to ignore.


It doesn’t represent the brand. It is the brand.

When YouTube came out in 2005, it became clear that people liked video. A lot. Within a few years, brands were using online video as a way to reach their customers. They’d create a video, host it somewhere, and hope it drew people to their brand. It’s like how companies used to think of websites: digital outposts where customers could find you. The online equivalent of a booth at a trade show.

VX is on the cusp of transforming the way we look at video.

But early advocates of UX understood something important: Your digital presence is your brand. Your website and your mobile app aren’t billboards for the real goods. They are the goods. They’re how people experience your brand. They determine a customer’s mood, their loyalty, and their actions—and they deserve the same attention you would give to your product.


Video is no longer just a single explainer video on top of your home page. Video is a continuum embedded in the customer journey. Go to any website, app, or social feed from one of the digital unicorns and the use of video transcends the typical boundaries. You see motion graphics interacting with content; delightful micro-narratives explaining key features; animation merging with UI elements; even self-generated videos incorporating real-time data.

When done well, this viewer experience is crafted with intent, from the way it’s produced to how it’s delivered and where it appears. And that’s big. Because until now, video has been used to bring people to your brand. But the goal of VX is to enhance the brand itself . It guides the customer journey and embodies the brand’s character. It makes every piece of content more authentic, personal, and consistent across an ever-fragmented landscape.

And it falls to the product teams—the ones focused on creating a frictionless experience—to make sure all those moving pieces work together.

Video is no longer just a single explainer video on top of your home page. Video is a continuum embedded in the customer journey.

This imminent leap to VX presents new challenges for UX designers,product managers, and creatives. Those who succeed will be the ones who are currently developing strategies and techniques that standardize their approach.

As a creative agency, we at Thinkmojo have been working on just that. And for us, VX requires you to execute on two levels.

On a high level, it means thinking strategically about video as a holistic brand experience for the viewers. You’re not making one isolated piece of animated UI content. You’re contributing to an entire visual framework that can include multiple media assets of varying production values that fit into the overarching positioning of the brand: hero videos, tutorials, moving infographics, social media snippets, and more.

At the micro level, you have to consider the viewer at every stage of production,  from discovery to execution, distribution, and beyond. It starts with research. You have to study the viewer from every angle so you can empathize with their situation.


Who are they? What do they want? What did they just see before watching the video? Where are they watching? How are they watching it? On mobile or a giant in-store screen? What do you want them to do when it’s done? How will you help them do it?

All of these assumptions must be researched and challenged. You then ideate as a team with possible messages, stories, styles, and formats. And just like UX, you mock-up, prototype, and test them — leveraging techniques like A/B testing, focus groups, and eye-tracking—until you discover what produces a predictable result.

And once your content is out there, you meticulously measure. Analyze the results and tweak where necessary so that your VX gets even more refined and effective.

This process is essential. Because UX-driven brands like Google, Airbnb, Uber, and Netflix don’t just roll out new features without testing them. VX aspires to the same level of confidence.

With a VX approach, video is equal parts art and science, standing at the crossroads of design and psychology.

Until now, video creation has allowed for a lot of guesswork. You created something cool and hoped that people like it. With a VX approach, video is equal parts art and science, standing at the crossroads of design and psychology. Every detail is intentionally crafted, and proven to elicit a specific response.

This is transformative. And it’s already happening at the most forward-thinking brands. The VX movement is accelerating, and now that there’s a name for it, it’s only a matter of time before successful brands and product teams fully embrace it. They’ll standardize their brand’s VX principles to create a fluid, living design system that spans all their platforms:  websites, apps, social, wearables. They’ll seamlessly guide the viewer to action and engage them on a level that, right now, seems unattainable.

Are you Apple or BlackBerry?

The question that brands need to ask is: Do they want to lead this charge, or will they wait and see what happens? After all, we’ve seen this movie before.


Back in 2007, BlackBerry dominated the smartphone market, producing a third of every smartphone sold in America. Then came the iPhone. It valued UX over everything. And instead of making a similar bet, BlackBerry decided that capability trumped experience. Within five years, the iPhone was king and all its competitors were imitating its design.

All except BlackBerry. They stopped making smartphones in 2016.

With VX, a similar tide is coming. The only thing we don’t know is who will be Apple and who will be BlackBerry.

This article was originally published on Medium and has been edited for InVision. 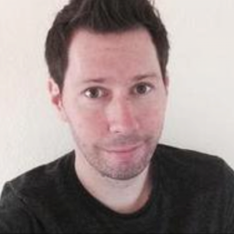 Yann Lhomme
Yann is a founding partner and CEO of Thinkmojo, a video agency from San Francisco, California. Thinkmojo helps some of the world’s most well-recognized companies elevate their user experience and grow their brand with video and motion design strategies, including Google, Slack, LinkedIn, Anheuser-Busch, Samsung and more. You can find Thinkmojo on Medium and Twitter.