Just kidding. I wish it were that simple.

As the founder of an app development company, I’ve noticed that a lot of people think that’s the way to a quick-and-easy monthly check: publish and wait.

To make money with an app, you need to market it before and after its launch. The work continues, though, with great optimization to make your users want to spend money.

“Want to make money with your app? You can’t just publish and wait.”

The optimization part is where I come in—and then with some tips for the ultimate goal, monetization. We’re going to go into the two main approaches to monetization: the paid model, where users pay for your app; and the freemium model, with a free download but extra charges for additional content and features.

“The more choices a user has, the slower they are to take out their wallets.”

There are a lot of factors that lead to this change, but at the heart of it is buyer psychology: There’s millions of apps available in the App Store, and users are willing to spend the time searching for free alternatives to paid apps.

Plus, the more choices a user has, the slower they are to take out their wallets. With 10 different apps that can all solve the same need, users don’t know which to choose. But we know that when one option is free and another is paid, they’re almost guaranteed to try the free option first.

The more choices we have, the harder it is to choose.

As a personal example, when I was working on an app that helped students study for the LSAT, we made it free for three days as a promotion, and we saw it for ourselves: our downloads jumped from 5-10/day to 500-600/day. For a niche market like LSAT preparation, those numbers were huge, but typical for that kind of move; based on our experience, your exact multiple depends on your market, but it’s almost always in the double digits.

So why would you make a paid app?

If you’re lucky enough to fall into one of these categories, it might work to have a paid app. For the rest of us, let’s turn to the freemium model.

It’s free, but there’s a catch

There are tons of ways to define “freemium.” At its core, freemium refers to when a product is free, but you need to pay a premium for content inside.

The largest freemium subcategory is divided into two subtypes: consumable and non-consumable apps.

The consumable model is very popular with games. Take Plunder Pirates, for example. As you can see in the image below, if you want gems, you have to buy them. Those gems are “consumable.” You can “consume,” or spend them, and then they’re gone. You’ll need to pay more to get more.

Non-consumable in-app purchases are those that you buy once. This is most commonly done with feature unlocks. Take BitCam, for example: the app only supports the black-and-white mode by default. If you want to unlock the color mode, you’ll need to pay $1.99—but then you’ll have it forever.

How Netflix and Tinder do it

The introduction of the subscription model has been one of the biggest changes in the app world in the last few years.

A lot of products are switching to this monetization model because everyone wants recurring revenue. From dating apps like Tinder to streaming services like Netflix, it’s a popular, and potentially lucrative, route, and it’s also fairly simple. Users pay a fee for each specified period—week, month, year—to use the app’s features, and that’s it.

Related: These 5 major UI mistakes will kill your app

There is one important UX tip to keep in mind, though: since we’re talking about the freemium model, you’ll still need to offer some free features without the subscription—or at least a free trial first. Netflix and Spotify go the free trial route, while Tinder offers all of their main features available for free, with a subscription for premium features.

Image from Inside Design: Netflix

A note on physical goods and services

As you think about your monetization strategy, you need to consider how much money is actually getting to your account. If someone is paying a dollar for your app, do you get that full dollar? No. Never.

If you’re getting paid for digital goods or services that will be used solely within the limits of the digital world, you’ll end up paying a 30% commission to Apple or Google, depending on when you publish. However, if you offer a physical good (Amazon) or service (Uber), you won’t pay commission; you can charge your user’s credit card as opposed to their Google Play or iTunes accounts. In this case, you’ll only be liable for a credit card processing fee, which is usually 2.9% plus 30 cents.

“As you think about your monetization strategy, you need to consider how much money is actually getting to your account.”

Even though most apps with ads are free, ads are not technically part of the freemium model. Users don’t usually pay for apps with ads, though they can sometimes they pay to disable ads, which is an interesting reversed freemium model (you pay not to get something but to get rid of it).

Ads can be divided into two categories: platform ads and sponsorships.

When you run platform ads, you connect your app to an ad platform such as Admob, and then select a place within the app to show your ads. Once you’ve done this, Admob selects which ads to show and how much you’ll get paid for them. You’ll usually get paid less than a dollar each time someone clicks on your ad, which makes this a good strategy if you have 100,000+ users.

The other option is sponsorships, which is a good ad model if you have a niche market and less than 100K users. In this case, you start by finding a sponsor for your app, and after negotiating a deal you’ll place their logo or ad inside your app. This is a common strategy for media publishers and news aggregators like Flipboard, where you’ll often see ads for companies like Audi. In this case, it’s likely that Audi is paying Flipboard for a certain number of impressions in a specific time frame.

There are two important UX tips to keep in mind if you’re monetizing with one of these options.

Create a need for your feature. For example, if it’s a game, you can make users wait for a three-hour download—or give them the option to speed everything up and enjoy the game right away. Who wants to wait three hours for something you can get now? Especially if it’s only $0.99.

Have a call to action. Your in-app purchasing options should be clearly visible when users enter your app. You can even offer them during the onboarding process so that they know they can get help or unlock more whenever they’re ready.

Remember that it’s best to monetize by offering users an alternative to paying full price, if at all. If you can offer a trial version, or give them the option to wait, they won’t feel like you’re taking advantage of them—and will more likely spend money. Either way, you have to remember that money doesn’t make itself, and there’s a lot of thinking to do before you’ll see a payout.

Want to read more about mobile apps? Check these out: 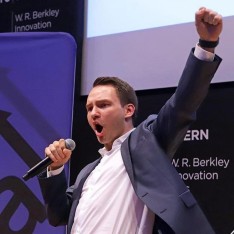 Vasily Malyshev
Though a lawyer by trade, Vasily Malyshev found his passion in the mobile tech, self-taught design and development. He is the founder of Messapps, one of the top New York app development companies. Today, in addition to working with Messapps, Vasily is also teaching app development and marketing at New York University and regularly invests in other tech startups.