Today’s UX designers are facing an interesting problem. We’re finding that employers expect us to have not only UX expertise but also a solid understanding of UI design skills as well.

It’s for this reason that InVision collaborated with us at CareerFoundry on a specialized UI for UX Designers course. The demand is there, and it’s growing every day.

Take one look at any of the recent UX designer job ads being posted in popular job sites such as LinkedIn, Monster, and Indeed. In a recent study, we found that 66% of those ads request UI skills.

And these aren’t just at small companies, either. Even many big-name companies are starting to favor designers with both UX and UI training and experience under their belts. In fact, nearly 20% of listings for UX designer jobs have “UI designer” right in the title. Employers are specifically searching for that coveted “UI/UX designer” combo.

While the reasons for this rise in demand run many and varied, there’s one thing for sure: having a workable knowledge of both these design specializations gives designers an undeniable edge when it comes to landing a job.

Which is why, in this article, we’ll be looking at how you can change your mindset from that of a dedicated UX designer to a UX designer with skills in UI.

Where does UX end and UI begin?

As you may already know, UX design involves identifying a pain point or user need, then drawing up and validating a prototype through user testing. Once both the value proposition and user needs have been validated, the product is built.

Typically, it isn’t until after all of this that the UI designer comes in.

A UI designer works with the initial prototypes set up by the UX designer to include visual elements that make the product beautiful and memorable. And that’s a shame because successfully incorporating UI design early can add polish to the details on the finished product.

According to designer Nick Babich:

“The best products do 2 things well: features and details. Features are what draw people to your product. Details are what keep them there.”

How can you become a UX/UI designer?

A great first step is to sign up for a course that’ll cover the basics of good UI design and give you a chance to train and hone your skills. A remote program with a flexible schedule is helpful, especially as you’ll likely be trying to fit this in amongst your full-time job or freelance work. You need time to really study the course materials and adjust yourself to any potentially new software.

But the most important piece?

A dedicated mentor. Sure, you could go about it yourself, but who’s going to tell you whether you’re on the right track? Who’s going to direct you to try out new trends, concepts, or ideas and train your eyes to pick out which ones work best? And who’s going to act as your personal cheerleader when you’re going through your third “I can’t look at another icon!” tantrum?

Of course, the most common question I hear is, “Are UX and UI really so different?” Indeed they are! There’s so much more to these 2 fields than a little bit of color theory and designing icons. Let’s take a look at where UX and UI differ so we can better understand their roles in the world of design.

A useful product meets a need that’s not already being met in the market. The research process of a UX designer involves doing a competitive analysis, developing personas, and then developing a minimum viable product—or more apropos, a minimum valuable product; a product that will be valuable to your targeted customer niche. This is validated through testing during the life-cycle of the product.

Once the user flows and wireframes are prototyped and tested, it’s the UI designer’s role to make them aesthetically pleasing. This includes choosing a color scheme and typography that will be both attractive and simple to use.

However, color choices, typography, and interactions aren’t based on the designer’s personal preference, but rather on clearly articulated reasons specific to the personas developed by the UX designers. With these, UI designers implement a visual hierarchy that will serve as a guide to users, letting them know what to do and when to do it in order to meet their objectives.

A well-designed hierarchy will highlight one main objective per page. This makes it clear to the user where they are on the site and what they can accomplish at any given moment. To achieve hierarchy, you can apply conventions or patterns that users are already familiar with. These patterns will act as clues to the user as to how to get to where they’re going.

The UX side of things might look at people like dog lovers and try to figure out what’s important to them. What is it that they value or need when looking for assistance in choosing their next furry friend? They ask questions, they observe and interview people, and they may even make prototypes and do a bit of guerrilla testing to see if they can validate their business and product value propositions.

Once you have the basic functions down pat, according to Aarron Walter, author of Designing for Emotion and InVision’s VP of Design Education, it’s really the personality of your interface that will elicit loyalty in your users. People may be drawn to your site because of its striking design. They may stick around if it allows them to accomplish their goals.

…but once they make a personal connection, they’re hooked.

Does your interface make them laugh? Does it “get” them? Is it cheeky?

Walter says, “People will forgive your shortcomings, follow your lead, and sing your praises if you reward them with positive emotion.” That’s where the expertise of the UI designer comes in.

Within the process of design, how do UX and UI designers work together?

Normally, UX design and research is the first step when deciding whether to build a product or application. UX designers handle much of the research that will validate or invalidate initial product ideas and guide the development of the product.

Once the prototype has gone through several iterations and is largely finalized (for now), the UI designer steps in and begins to work on the visual design and micro-interactions.

However, this may not always be a linear path. It depends on many factors. For example:

UI: Only pertains to interfaces

User experience design is a broad field and it’s becoming more popular by the day. Many companies that develop products or provide services are catching on to the value of understanding their users and validating their hypotheses before they build.

Whether designing for interfaces or experiences, we should take care to (once again) keep our users at the heart of our design process.

Now that you know a few of the differences between UX and UI, you should have a better idea as to how you can specialize in both. If you’re a UX designer who wants to know more about UI, check out our UI for UX Designers specialization course in collaboration with InVision. 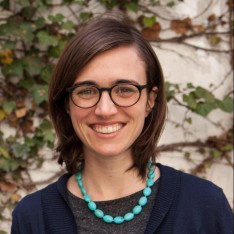 Raffaela Rein
Raffaela Rein is the CEO and co-founder of CareerFoundry, one of the leading online schools for UX training. She is dedicated to educating the next generation of digital talent; helping people build careers they love. She is passionate about the topic UX design, in particular why UX-led companies build the most successful products. Prior to CareerFoundry, Raffaela built companies for Rocket Internet and Axel Springer and worked as an investment strategist for BlackRock.