LogMeIn has the kind of success most SaaS companies can only dream of: they’re one of the top 10 SaaS companies in the world and are industry leaders in all of their markets.

LogMeIn started with a remote access product in the early 2000’s, and quickly began to build and acquire other products focused on technology that simplifies how people interact with each other and the world around them.

“LogMeIn’s story is not atypical. In the early days, our products won markets with the technical capabilities and design wasn’t a major factor. As we’ve scaled, the design team has had to break a lot of older patterns to help the entire organization see the value design brings to the table. We’ve also done a lot of work in terms of getting the customer experience right.” – Tim O’Brien, Director of Product Design, LogMeIn

I sat down with O’Brien to learn how design has been key to remaining competitive in saturated markets, how they successfully manage design for a multitude of products, and more.

LogMeIn began as the RemotelyAnywhere app (with a name change in 2006) and was one of the first providers of remote access for Information Technology (IT) professionals.

The product was an industry game-changer.

Previously, IT professionals would have to drive several hours to a client’s location and sit down at their server to make any changes; however, once LogMeIn entered the scene, those same people could suddenly fix issues on their clients’ servers from the comfort of their own home—or even working from the beach.

LogMeIn also introduced a freemium model to the market long before it was a common SaaS pricing tactic.

“Translating how design solves customer problems into something the C-Suite understands is a key component of elevating design within an organization.”

Between the pricing and innovative solution, LogMeIn’s IT users were willing to overlook any design shortcomings because of the product’s technical capabilities; however, as the markets became more saturated, it was no longer enough for LogMeIn to have a freemium offer or products with superior technical capabilities.

“We had to invest in product design and experience to remain competitive,” explains O’Brien.

The factors described above created a situation in which the company’s internal design competency was low and design catch-up was needed within the organization as a whole.

Initially, design within the company followed a more classic SaaS playbook: User interface (UI) designers were embedded in developer Scrum teams and created assets for the developers who needed them.

The first step to reorganizing design was to break those patterns of classic SaaS design thinking, says O’Brien.

“We had to hire a different type of designer who was more in charge of influencing the organization’s design thinking competency.”

Getting design a seat at the table

“Translating how design solves customer problems into something the C-Suite understands is a key component of how we start to elevate design within an organization.” – TS Balaji, Vice President Product Design & Customer Experience, LogMeIn

Designers across many industries struggle with getting a seat at the leadership table to have a voice in which products are designed and how they’re designed.

In LogMeIn’s case, O’Brien points to the company hiring TS Balaji as an important step in both getting executive buy-in and spreading design beyond the borders of the design team; Balaji’s background in psychology, computer science, engineering, and design helped when speaking to the engineers at LogMeIn.

“A common language is important to be able to translate your designs and helps others in the organization understand what you’re bringing to the table from a design point of view.” Having a common language also helps design leaders engage with stakeholders so they see the value in bringing design to the table.

“Designers across industries struggle to get a seat at the leadership table.”

Designing for multiple companies and products

LogMeIn currently has more than 15 products in its portfolio, which creates unique design challenges.

At one point, O’Brien headed product design for all companies in the portfolio, but due to the different focus and maturity level of each product they found it more efficient to organize product sets into Business Unit [BU] structures:

Each BU is led by a Director of Product Design and a blend of designers and researchers, all focused on their specific product sets. The design teams are distributed and use InVision to collaborate seamlessly across time zones.

During the discovery phase, the team conducts customer research and solution brainstorming to ensure design is prioritized by the most impactful work. Their close proximity to customers and actively monitoring the market helps them avoid mistakes early in the process and avoid mistakes in the delivery.

“The first step to reorganizing design is to break patterns of classic SaaS design thinking.”

The delivery phase is a traditional agile environment with 1 to 2-week sprints. LogMeIn runs usability tests throughout this phase to ensure they’re designing for a problem users are actually experiencing:

“At LogMeIn, we have the luxury of getting customers’ eyes on a product before code is written. The most costly thing we could do is to wait to get customer feedback after shipping.”

Moving from reactive to proactive design

O’Brien also brought in UX expert Leah Buley to consult with the design team (full disclosure: Buley is currently Director of Design Education at InVision). He credits her advice as the catalyst to important changes in how they viewed design:

She also recommended design leaders stop viewing design in terms of production costs “and start being a value generator by measuring design’s impact in terms of how we can change behavioral metrics that end up leading to improved business metrics.”

“We use the one pager to describe what the project is and how we’ll define success for the project. It also hypothesizes how behavioral metrics will change as a result of the project and how those changes will affect the overall business metrics,” explains O’Brien.

So, how can other design leaders begin to implement change at their own companies?

Get a quick win.

“Find a project that has the potential to be exceptional and then over-deliver on it.”

O’Brien gives this example: Say you have a project where it becomes clear you’re in need of a UX researcher on the design team. Perhaps “you’re going to do a migration and there’s no going back once the data is migrated, or you’re concerned about a one-way decision on an upcoming product buildout.”

“Just coming out and asking for a research department is usually not going to work,” he points out.

Instead, start with a smaller ask. For this example, O’Brien explains you might have a designer who has an aptitude for research that you could send to training or you could hire a contractor.

“Muster the resources and then apply the skill set to the problem.”

Your goal is to be right and over-deliver on the project. Don’t stop there, says O’Brien: “Once you have success, talk about the benefit of adding the UX research resource…or whatever it was you mustered the resources for. It’s important to talk about your success over and over so that it becomes part of your organization’s larger story.”

“How can you get a quick win? Find a project that has the potential to be exceptional and then over-deliver on it.”

When LogMeIn hired their own researchers to work alongside designers, they started with a few hires but then needed to share the successes of those hires for other departments in the company (and executives) to understand the power of their contributions.

“You have to find that story and talk about it a lot to anyone who’s willing to listen.”

Turning those smaller asks into big wins and telling the success story throughout the organization also helps design leaders spread design beyond the borders of their team. Doing so is important to help the wider organization understand the value design brings to the overall success of the company.

Interested in joining the LogMeIn team? They’re expanding their design teams and are currently hiring!

Liked this? Check out: 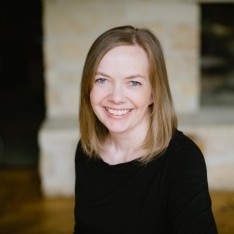 Kate Harvey
Kicking SaaS one blog at a time. Kate is an experienced content marketer. Passionate about: diversity in tech, travel, and tacos.