As the world’s leading publisher of educational content, Pearson and its digital transformation carries big implications for the future of learning – which is why the company has been laser focused on modernizing both their content, and its delivery, for this new age.

“The transformation of our company is fundamental to get ahead of the significant structural changes taking place in education – chiefly the digital shift,” CEO John Fallon said in a shareholder letter from 2013.

More recently, Fallon stated, “Our priorities for 2017 are clear. We will continue to accelerate our digital transformation.”

Related: How design helped remake a centuries-old company into a digital disruptor

David Schell and Tommy Bishop are on the frontlines of Pearson’s digital transformation efforts – with Schell serving as the VP of Experience Design, and Bishop as a design strategist. Together, they and their teams work tirelessly to ensure Pearson is fully leveraging design to stay competitive with their digital products.

Schell and Bishop spoke with InVision about the challenges and triumphs of leading transformation, and about the role that digital design is set to play for the future of Pearson.

The transition to digital-first

According to Schell, Pearson has seen some dramatic changes in just a few years.

“Over the past few years we’ve been very focused on the transition to digital,” Schell says. “We’re a publishing company that’s been around a while, set in our ways for how we work with authors and distribute our books in the classroom. At first, a digital experience meant digitizing content after it was published in print, or creating supplemental content experiences that were added in the back of the book or a site to access.”

Schell says that neither of these approaches were sufficient for creating great digital learning experiences.

“The problem was always that digital was the tail end. An afterthought. But just in the past few years we’ve transformed that so now we’re creating content and product experiences starting with thinking about our digital, mobile and native users first. And it’s been a big change for the company.”

Bishop characterizes the change in another way: “When our focus was on textbooks, we were primarily interested in what you learn, with a shift to digital we are becoming interested in how you learn. And that’s been a big change.”

Design as a competitive advantage

Schell says that as part of its transformation, Pearson leadership embraced design as a way to distinguish its digital products.

“It’s been encouraging how our leaders have grabbed hold of the idea of design as a clear competitive differentiator in our space” Schell says. “It’s become something that has slowly spread its way through the company. More and more we’re looking past our classic competitors to those that are creating exceptional digital product experiences, such as Facebook, Google, and many educational startups. We need to compare ourselves to the apps that our students are using everyday on their phones. Students expect well-designed digital experiences, and sadly, their educational products are usually far from that.”

But for the Pearson design team, achieving executive buy-in didn’t happen overnight. Rather, it was the result of concerted efforts to make the case for design’s business value.

Related: Pearson’s Director of UX on designing for education

“A lot of it is mass saturation of articles, examples, research, and references of other businesses that have shown success with design,” Schell says. “It was a larger team approach to achieve saturation in communications about how important it is to the business. Many people in many different parts of the company promoted the same message, and that helped build momentum.”

Bishop says he was heartened by how open-armed the executive leadership was to their message. “I don’t remember there being much pushback at all…There was quite a bit of evidence presented to the staff as well a big organizational analysis… Then we made our case for what the path to a mature UX organization would be. We put in a lot of work. It wasn’t as simple as, ‘We need great design.’”

As digital transformation took off inside Pearson, one of the big initiatives was to create a consistent global brand across its many digital products.

“When I joined, the digital portfolio was comprised of a group of separate products with their own brand name, branded UI and marketing,” Schell says. “Some of our users didn’t even know the product they were using was from Pearson… The company made the decision to bring these together and unite into a ‘branded house’ rather than a ‘house of brands’. This presented a big opportunity to think about the Pearson brand in the product UI, and what that could, and should, mean to our users in the form of a product experience. This became a big driver for our first set of global Experience Design Principles to align us as a team.”

Schell says that the transition to a global product organization required a new set of initiatives. “There were a couple significant initiatives at first – essentially around the idea of continuity, consistency, and a shared language. So we had to start talking about basic things like component libraries, and atomic-level design, and design language versus basic design standards. Those initiatives presented opportunities for us to elevate design by presenting that work to the company.”

“One early example is our higher education onboarding flow,” Schell says. “When our digital products began coming together this meant different areas of different products came together to create a singular product experience – from early stage marketing into ecommerce, trial and access, and then ultimately our content experiences. Not exactly ideal, so it really put a spotlight on larger UX problems we had to solve.”

One tool they turned to for help solving it was InVision. “Using InVision, we were able to create many variations of the revised onboarding flows and continually tested them with users until we found the best version,” says Craig Marcus, a senior UX manager at Pearson. “Additionally, since we needed to coordinate across five different product and developer teams, having visuals in InVision enabled us to communicate to each team what they were responsible for. In the end we vastly simplified our onboarding process and have measured a substantial drop in support call volume.”

Schell agrees that the results have been significant. “Since refining that onboarding experience, we saw substantial ROI. With the initial changes we saw around a 20% decrease in customer support volume, with more that followed in subsequent releases. With millions of users that equalled significant savings, and happier users. To that degree we also saw notable gains in the NPS scores of those products because of those changes, which surprised a lot of folks. Aside from that early onboarding example, we’ve seen significantly longer engagement times with our products, big increases in ratings in app stores for recent launches, and many other very favorable metrics.”

Bishop believes that for businesses to succeed in the digital age, they must transform how they think about design.

According to Schell, what distinguishes mature design organizations is the ability to make design a company-wide competency. “To me it comes down to what does design mean for your business? My larger goal is that this is a design culture that goes way beyond our team. It needs to fill the entire company.” 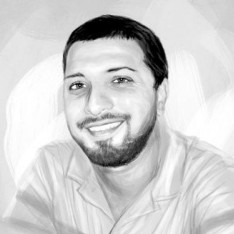 Ben Goldman
Ben is a Content Strategist at InVision. Before InVision, he co-founded the local news startup Blockfeed and served as a marketing consultant for early stage startups. In his free time, he writes sci-fi, daydreams about future technology, and makes chocolate chip pancakes for his wife and two kids.