Batman Red Rain: Translating a poster into a statue

Batman Red Rain: Translating a poster into a statue


I have always loved the idea of taking 2-dimensional art and translating it into 3 dimensions in a way that not only honors the original piece, but enhances ideas found in the original art.

Case in point is Francesco Francavilla’s Batman Red Rain poster, inspired by the Batman & Dracula Elseworlds comic, and the art within by Kelley Jones. Originally done for Mondo‘s Batman 75th anniversary show in 2014, Francesco’s poster was one that jumped out to me immediately as one that needed to be seen in 3D.

I’d like to quickly walk you through our process of translating a poster into a statue.

Starting with an idea

I knew right away I wanted to take background elements of the poster and incorporate them into the statue, like the Wayne tombstone and the vampire skulls. I did a fast and rough mockup for Francesco so I could get his feedback.

Francesco liked it but wanted to add more flourishes, like turning my idea of the “cave” holding the skulls into a coffin, as well as have Batman holding another skull in his left hand. The more macabre, the merrier! It was also his idea to have our Mondo exclusive be a switch-out right hand holding a wooden stake.

Next, we presented it to veteran sculptor Nathan Mansfield. Check out this little movie of the in-progress sculpture:

And here’s the final sculpture. Nathan not only nailed the concept we presented, but added extra details like texture on Batman.

Next, we had it digitally printed by the best of the best, Jason Wires. Here’s how it looks when that’s done:

Then it’s molded and cast, and off to paint! Mara Ancheta and Andrea Coleman perfectly captured the graphic look I was hoping for:

And there we have the Batman Red Rain statue—just in time for Halloween! You can purchase it here.

This was originally published on Mondo. 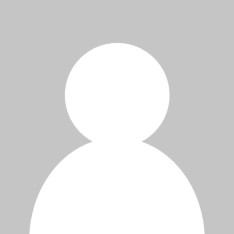